This was only my second Brandon Sanderson novel and I can already see that Mr S does not fluff about. First page, BOOM! Right into the action. I was very excited to return to the sky with Spin, M-Bot, and the rest of Skyward Flight so I ain’t complaining. In fact, I liked it very much!

Book 2 of Skyward took place in the heartland of the enemy territory, a place where hundreds of species lived peacefully under the “benevolence” of the Superiority.

Our dynamic duo infiltrated their incarcerator to steal a piece of their secret technology in order to save their people from impending doom.

As Spin put her non-existence espionage skill to use, she came face-to-face with her arch enemy, the Krell, and found herself defending her nemesis against the greatest threat in all galaxy among a motley crew of “lesser species”.

What followed was a faster-than-light adventure as Spin unravelled the propaganda the Superiority used to control its people and the wider galaxy, as well as the secrets of hyperdrive technology the Superiority so closely guarded and controlled.

There were plenty of twists and turns, fun and good humour as we explored tough topics such as discrimination, dictatorship, and humanity. The character building was simply outstanding. I loved the diversity of all the species and the way we learnt all the juicy details about these alien cultures through individual stories of each of these very interesting characters.

One of the highlights for me was M-Bot- a sarcastic, whimsical, ultra hi-tech autonomous robot- questioning his humanity and having an existential crisis. It was both adorable and thought provoking.

I have never understood why people have favourite passages from books until now that I have my own: “I destroyed that drone and bathed my hull in the light of its fiery demise” had me exclaiming in delight and has held a special place in my heart since!

After being promptly swept off my feet, spellbound, and seriously dazzled by the eloquent writing in my first 2 novels by Sanderson, I did my own bit of spying and discovered he has a Masters of Arts in English (creative writing). I was not at all surprised by this as the grace and finesse of his writing leap right off his pages. After all, there has to be a very good reason why the widow/editor of the late Robert Jordan asked Sanderson to finish the much-loved The Wheel Of Time series!

Grab your own copy of Starsight here*. 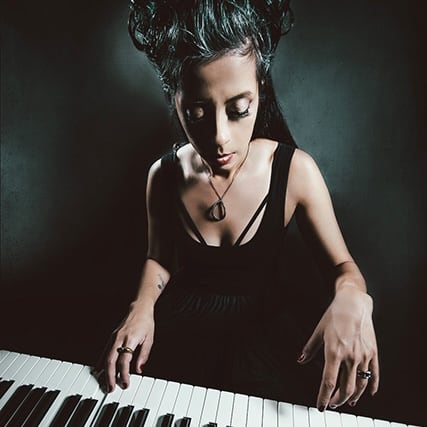 I had expectation for this book. The exciting little blurb on the cover by Patrick Rothfuss has set the bar somewhat high. And it didn’t disappoint, well, at least not in the action-filled first chapter it didn’t. The ensuing chapters however, stalled a bit for me as the author set the stage for his tale.… When Rudi pointed out to me that Kylie Chan is a local, not just Australian local, but an hour away down the Gold Coast local, I was immediately keen to support my compatriot. When I read space ships and “a royal family of dragons” on the back cover, I was sold! I was immediately taken…